We create mini wedding films on our iPhones – honestly the quality is so good you wouldn’t guess it’s made on a phone. Your final film will be 3-5 minutes long and set to music with snippets of audio included (depending on quality of sound on the day – we don’t use external mics or recorders in order to stay low key and informal).

If you want a full wedding video, you can hire a videographer for all the bells and whistles. If you want a snappy imperfect film that shows the vibe of the day as if it was taken by an all-access-pass guest that you won’t even notice filming, then you can book one of our iPhone wedding videos! 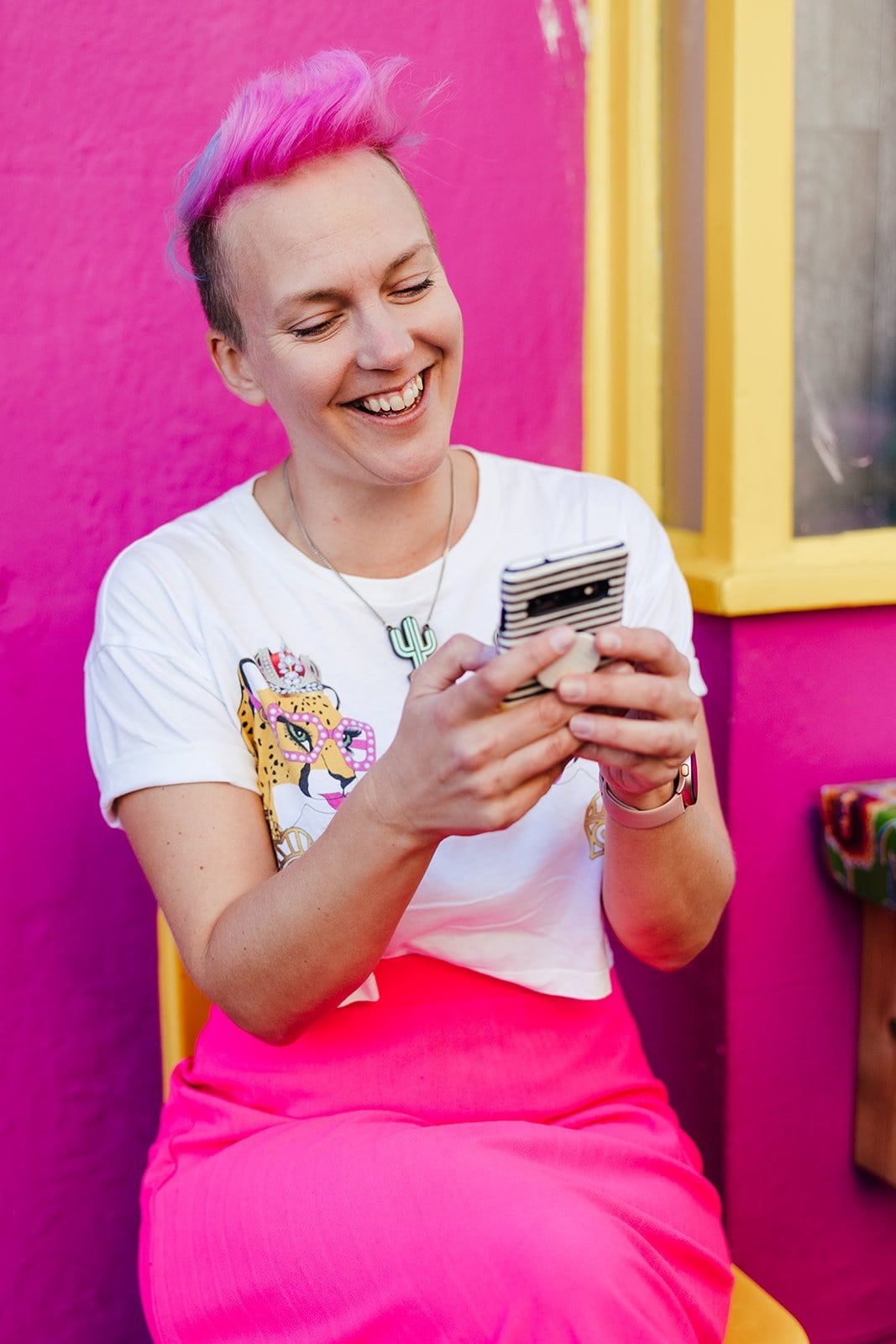 Benefits of an iPhone wedding film over a camera video

It bridges the gap between guest footage and expensive professional footage

It’s easier for us to do than on a camera, because we can take photos at the same time, and we’re not having to fuss over settings and miss stuff

You can double up film and photos of the same moment, because the phone is mounted on my camera, so while I’m filming, say, the first kiss, I can also get a photo of it at the same time! Making videos on my camera was always a choice between photographing and filming a moment.

Footage is super smooth without using a gimbal. Yep, smoother than a professional camera! This is why I can easily film and take photos at the same time

The filter looks reeeeally good on an iPhone

It’s perfect for anyone who wants a “shot from where the action is, like a guest” film without having to source [sometimes wonky and drunken!] footage from guests and edit it all together

You can add an iPhone film onto your booking, and if you’ve already booked us for your wedding you can still book an iPhone film. Just email me!

We use cookies on our website to give you the best experience and improve the user experience. By clicking “Accept”, you consent to the use of ALL the cookies. Does anyone read these things all the way? Dog farts are funny. Ok hit accept and see you on the other side.
Yup all cool with meCookie SettingsNo cookies for me
Manage consent